Hunters as a group are creatures of habit, just like the deer that we go after. We tend to do the same things, over and over again, and many times, we expect the same results. We also pass along information for years that may not be true, like the myths in this article. Below you will find three of the biggest deer myths debunked. Each of these false/truths has been around for decades, yet there is no evidence to prove that they’re true. We welcome your arguments. 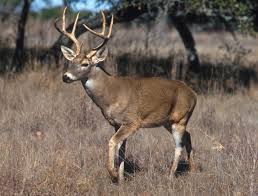 #1 Peeing Near Your Stand Keeps Deer Away

While peeing out of your stand can certainly cause an animal to see or hear you, the smell of human urine has no effect on alarming an animal. Human urine is simply a chemical signal that is completely natural on the most basic animal level. Deer don’t know your urine’s smell from a rabbit’s and it won’t scare them off. Hell, many people pee on scrapes on purpose because it pisses big bucks off. Ever wonder why? Because they know another, different animal peed on their territory.

#2 Spikes Will Never Be Big Bucks

The spike buck myth is a big one that has circulated the hunting community for years. I’ve heard plenty of people say that you should shoot them all, and others say that they turn into the biggest bucks. Neither of that is true all-around. At 1.5 years old, a buck has only reached about 10% of his antler potential. Some (just like some humans) are late bloomers and just didn’t get the head start like their peers did.

There are so many other factors that contribute to buck antler size. Food, soil, weather, hunting pressure, age, the list goes on and on. One this is for sure: Spikes can be big, or small in the future, it isn’t a “one rule fits all” approach.

This is only partly true. While genetics play a major role in deer antler development, it is only half the story…. literally. Remember, does account for half of a fawn’s genetics, so it’s not a guarantee that a monster buck will produce monster offspring. Also, many deer breeders have said that nice bucks often times produce finer offspring than the monsters. This, in theory, is because the giants are somewhat of an anomaly and only come around once in a while.

What do you think of these deer myths? Check out more hunting blogs here on MorningMoss