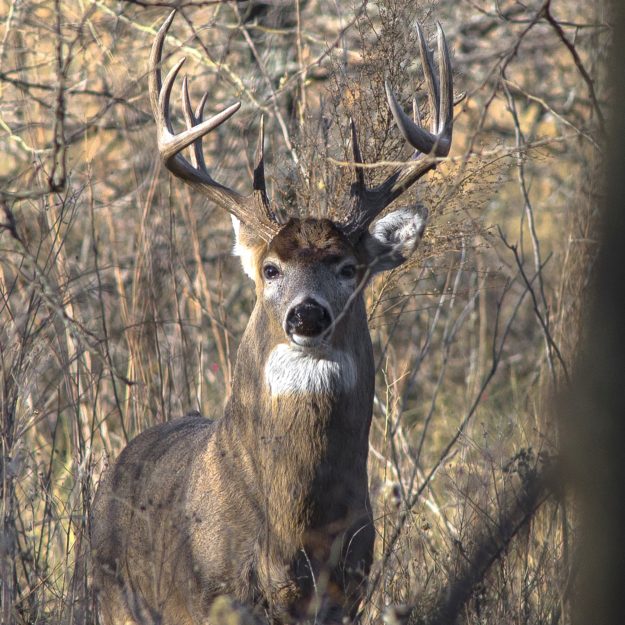 The 2016 whitetail rut is looking to be a later one than the last few years.

It’s never too early to start thinking about the rut and the cold mornings here in Wisconsin have got us anxiously anticipating our favorite time of the year. That being said, we all love to debate when the rut is on and when it’s going to take place, but the science behind it can help you pin point some of the better time periods to get out there and use your valuable vacation. Grab your calendar and get ready to put in your PTO requests because here are our 2016 whitetail rut predictions.

Moon Phases with Laroche and Alzheimer

We have talked extensively in the past about the Deer and Deer Hunting’s very own Wayne Laroche and Charles Alsheimer’s theories of rut predictions based off of a lunar calendar.  Laroche and Alsheimer have been studying the timing of the rut for almost two decades and are adamant about their findings based on the moon. Each year, Deer and Deer Hunting comes out with a Whitetail Calendar and rut predictions that they say, “The rut predictor is based on a model that links cyclical changes in the Earth’s solar and lunar illumination to the whitetail’s reproductive cycle. Laroche and Alsheimer hypothesize that sunlight and moonlight provide environmental cues that set, trigger and synchronize breeding.”

According to their experience and their data that they’ve collected, they theorize that the second full moon after the autumn equinox is believed to trigger the peak in rutting activity. This is what is referred to as the Rutting Moon.

So now the question is, when is the rutting moon in 2016?

The 2016 rutting moon is later than it has been in the last few years. This year it falls on November 14th, when last year it was on October 27th and in 2014 it was on November 6th. In 2013 it was on the 17th and there was what is called a “trickle rut” which means that there was not a ton of hard core rutting activity in late October or early November, but there was a lot in later November.

If you follow Laroche and Alsheimer’s theories that the moon affects the rut timing, then this would mean that the rutting behavior would start later this year. Seeking behavior would begin around November 7th until the chasing period begins on the 14th. The highest “tending” phase of the rut would be going on around the 28th.

This is a theory remember and in my experience depends greatly on the area that you’re in and the ratio of bucks to does in your area but if you do follow this, it would mean that the first week or two of November could be tougher. This prediction would lead most to believe that the best hunting would be between November 10th and November 23rd, which would have the rutting behavior that hunters want to see.

Seasonal Timing of the Rut

The lunar phase timing of the rut is a great theory and has a lot of study put into it, however, most biologists and whitetail experts subscribe to the traditional timing of the rut. This means that the timing of the rut (peak breeding) is not variable and is not impacted by lunar factors but is in fact at the same time every year.

One of the largest pieces of evidence to support this is that each year, whitetail fawns are born at relatively the same dates. Northern whitetails have a small window to breed in order to optimize for fawn survival and this keeps the timing of the rut very consistent.

The Quality Deer Management Association’s Director of Communications, Lindsay Thomas explains it like this, “The science on this is decisive. A significant number of scientific, peer-reviewed studies have shown the timing of the rut in any particular location is triggered by photoperiod, or day length – not by the moon, or temperature, or anything else…I think hunters often confuse visible rut behaviors, like chasing and grunting, with the peak of breeding. When you document breeding dates in a location, they actually change very little year to year, even though the dates of peak rut behaviors might vary. That’s because weather, moon phase and food sources – things that fluctuate widely year to year – affect deer movement patterns. But even when the weather reduces deer movement, you find that breeding still takes place the same time it normally does. If a doe is coming into estrous, a warm front isn’t going to change that.”

There are many other studies that support this and we’re not going to dwell on them too much here, but the breeding dates do make a lot of sense. I’ve written about this before in last year’s rut predictions article, but the rut does seem relatively consistent in most of the areas I have hunted. Each year, I see a lot of success in late October, but I know that other areas see better activity in mid-November.

I listened to a Wired to Hunt podcast last year with Mark Drury on it and he made what I think could be the best point I’ve heard on the timing of the rut.

“The rut happens at the exact same time each and every fall,” Drury said. “What part of it is exposed is based on when the full moon hits within that month, based on daylight activity. The moon, in my opinion, exposes the daylight portion different each year depending on how the full moon falls. That’s why you see the variance in ruts that are intense versus not. If it exposes during the seeking phase, you’ll go, oh man, this was an awesome rut. However if the moon exposes the lockdown, you’ll think it’s a terrible rut.”

This makes a ton of sense and shows that weather and the moon can expose the best times to hunt. Something that Drury is a big believer in.

If you’re looking to play the vacation time off game, I would recommend using it the first two weeks of November. This is traditionally some of the best times to be in the woods and you know that the weather should have cooled off by then. I personally love the last week of October, but the first couple weeks of November is a safe bet.

Check out more Rut Hunting tips and some of our predictions from the past few years.